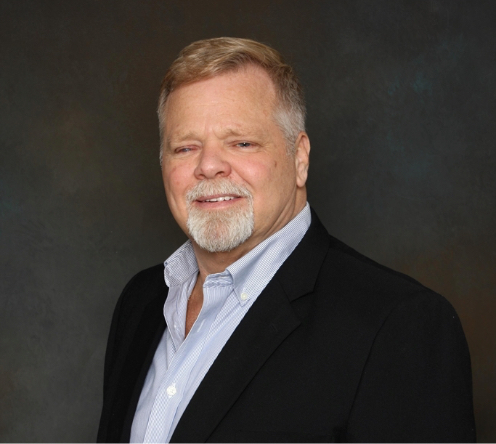 On Monday, April 4, 2022, Ronald Ernest Thompson, loving husband, father, and co-founder of Hypnosis Worldwide, passed away at the age of 65. Ron loved family and was a very devoted father to his sons Ryan & Brady, a loving and devoted son to his parents Eva & Lloyd, a supportive brother to Donald, and an incredibly loving husband to his wife Tracy Thompson.

Ron was born in 1956 in Zweibrucken, Germany, while his family was stationed there at the Royal Canadian Air Force base. Born into a military family, Ron lived and schooled in several provinces across Canada, including Ontario, Saskatchewan and Alberta, before ultimately settling in Nanaimo, British Columbia.

Ron was a positive, highly motivated and hardworking man who loved new opportunities and truly had an entrepreneurial spirit. During his lifetime, Ron worked as a bouncer, ranch hand, welder, semi-truck trucker, and in construction before joining the family business, Thompson Goldsmiths, creating custom jewelry design work and repairs with his father Lloyd and older brother Donald.

Ron’s life changed, however, when he began to have a series of health challenges thrown at him that were rooted in part due to him being a Type 1 Diabetic. The first health challenge came in 2004 with the loss of his eyesight due to retinopathy in his right eye and partial loss in his left eye, causing him to be declared legally blind. Due to this, his work as a goldsmith had to come to an abrupt stop, leaving Ron at a loss as to what he could do to support his family. Over the years, Ron had to endure several amputations, as well as having a kidney transplant.

It was during Ron’s initial nine-month stay in the hospital that he had a near-death experience that altered his view of life. While recuperating in the hospital, Ron met many people in much worse situations than himself that were dealing with severe emotional and mental problems in addition to their physical ailments. It was then that Ron realized while hospitals could treat the physical body, it wasn’t enough to repair what was wrong within a person’s mind. This was the beginning of Ron’s journey into hypnotherapy.

Even with all his health challenges, Ron continued to be his highly motivated, positive, forward-thinking self. In 2007, Ron began studying hypnotherapy through a variety of hypnotherapy institutes. Through self-hypnosis, Ron discovered that he was capable of eliminating the phantom pains that he was experiencing from his leg amputation. This revelation drove Ron to learn as much as he could about clinical hypnotherapy so he could help others like himself.

Not long after, Ron met Tracy, his wife and business partner in Hypnosis Worldwide. The love they shared over the next 14 years was truly unconditional and deeper than either of them had ever experienced before.

Ron had a strong desire to share his knowledge and ability to guide others through the processes they need to make positive changes in their lives. Ron was dedicated to empowering people and helping them grow in life through hypnotherapy.

Ron was and is a profound inspiration to anyone who has ever had the pleasure to meet him and served as a shining example of a man who loved to live life. Ron will forever be remembered and missed by his wife Tracy, his family, close friends, and all of his clients that were released from their emotional pain through Ron’s skillful work as a hypnotherapist.

Welcome to the new home of the Nanaimo Hypnotherapy Center!

Browse our new website for the latest Hypnotherapy audio downloads and scripts.